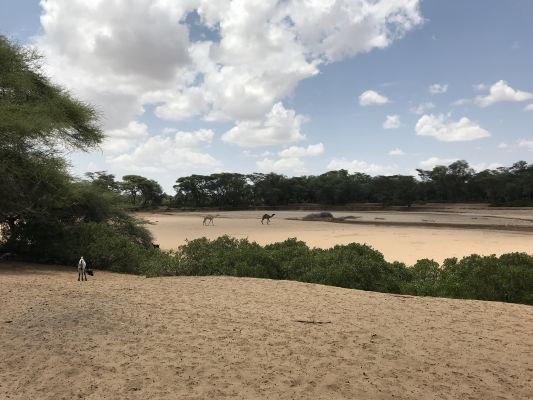 It is Monday morning here in Kenya and I arrived in Eldoret last night.  Sunday morning I got to preach at the Free Pentecostal church in Lodwar pastored by Boniface Lokuruka.  Sadly, I forgot to take any pictures.  The day before, Saturday, George and Boniface and I traveled to three more villages, one of which was a little hard to find. It's not like there are street signs or anything, and everyone you ask simply says, "It's just over there", pointing vaguely in some direction.

We did finally arrive at the right place, Kangole, where George and I had the seats of honor on the only bench under the tree, a fairly narrow rail that was less comfortable than simply sitting in the sand. But we were the honored guests and all. 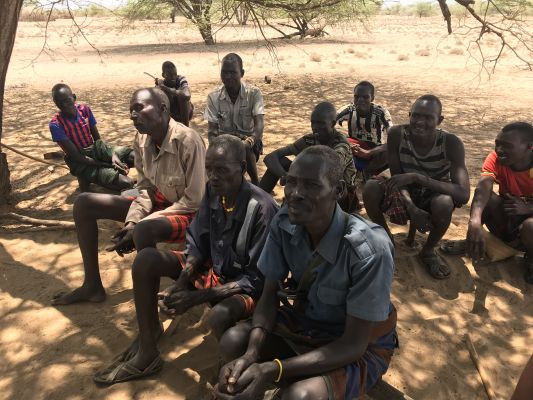 As always, the Candy Man was one of the favorites. That is Roni our driver, who handed out lollipops, frisbees and soccer balls. 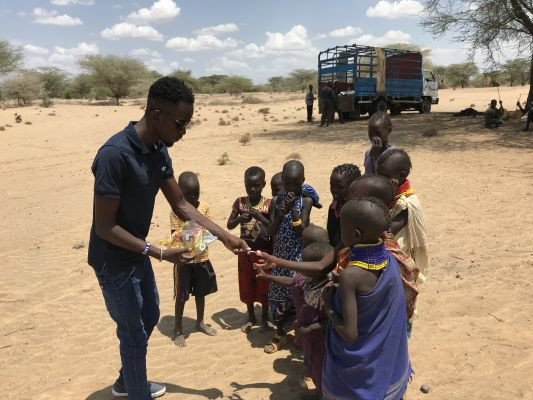 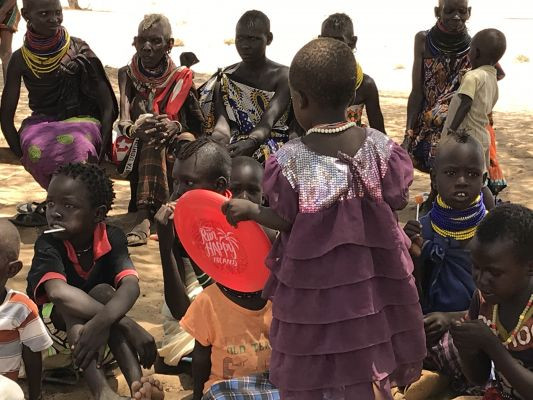 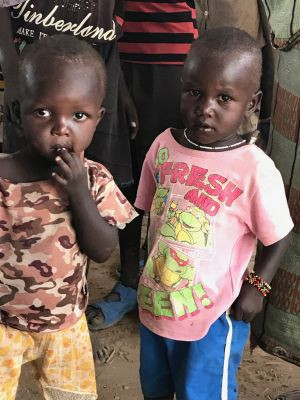 Our next stop was Lorugum where we had previously helped build a church. 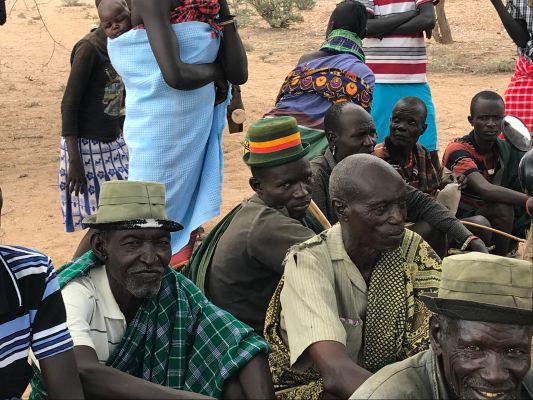 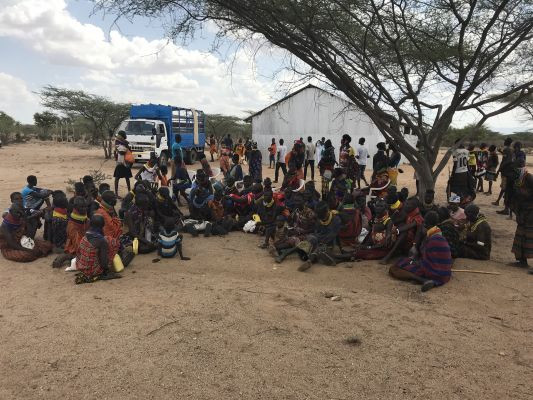 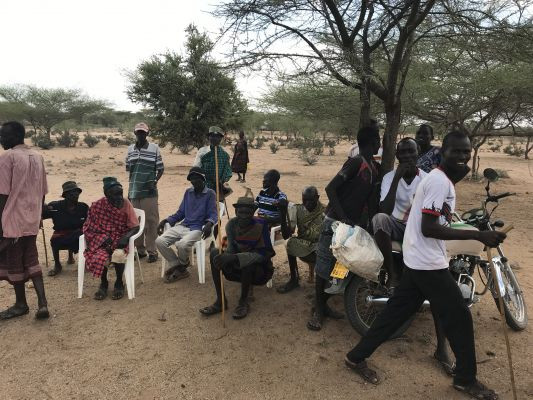 At each place we stopped, Pastor Lokuruka would teach the people some English.  In case you can't quite catch the words because of the accent, they were saying, "Thank you.  Say hi to our brothers and sisters there in America. God bless them!"

Thanks again to all of you who contributed to this project.  We were able to deliver over 12 tons of maize, and salt, and nearly 1000 liters of cooking oil to these rural villages in Turkana.