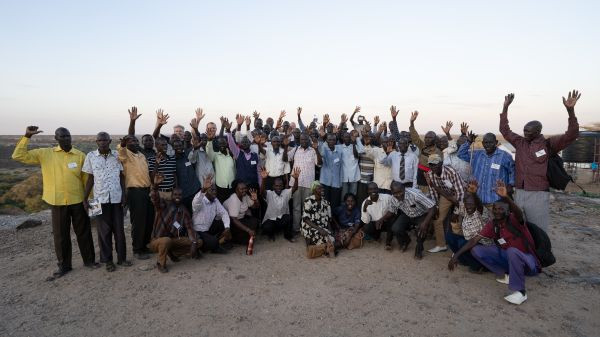 It is early morning here and I'm eating breakfast by myself.  Rob, Dan and I were supposed to travel back to Nairobi Monday night.  However the last flight out developed radio communication issues on its way to us from Eldoret and had to turn back.  So we spent the night in Lodwar and Rob and Dan caught the first flight out in the morning.  Unfortunately they arrived in Nairobi too late for their connection back to the U.S.  But the airline put them up in a nice hotel and rebooked their international flight so they fly back later tonight. I stayed up in Lodwar since I would have been flying back up here today to finish our work with the famine relief.

Saturday evening we all hiked up to the statue above the Lodwar High School for exercise and pictures.  One of the first years we were here, I made reference to the statue on the hill, which at that time consisted of just the metal framework in the shape of a man.  I said 'Statue', my interpreter said 'dead guy', and so that is how it has been known ever since. 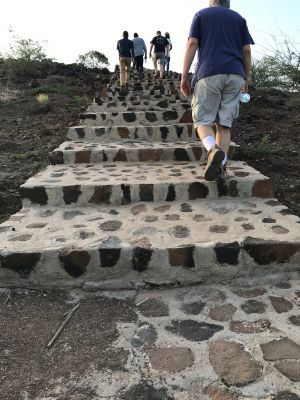 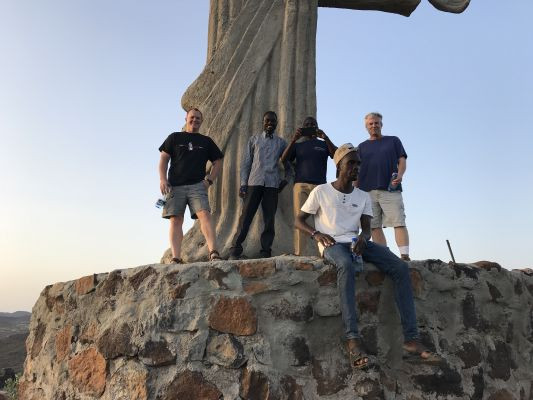 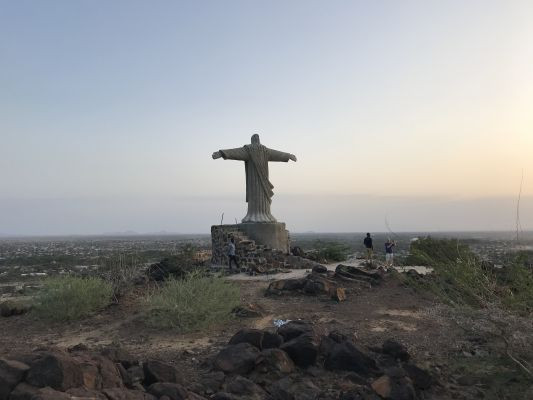 One of the initiatives we've begun is a drive for used laptops to refurbish and give to our student pastors to help them in their studies with API School of Ministry.  Two of those were given out at this conference to Pastors Luvanga and Mogesi. 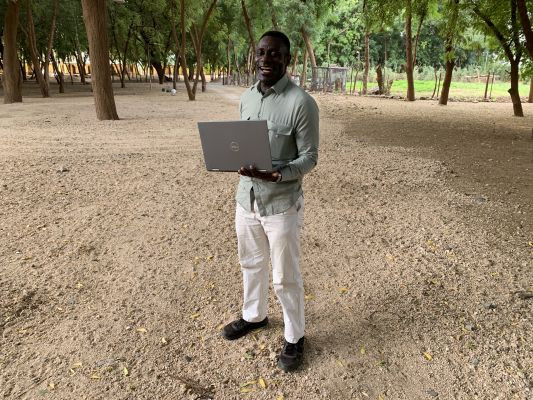 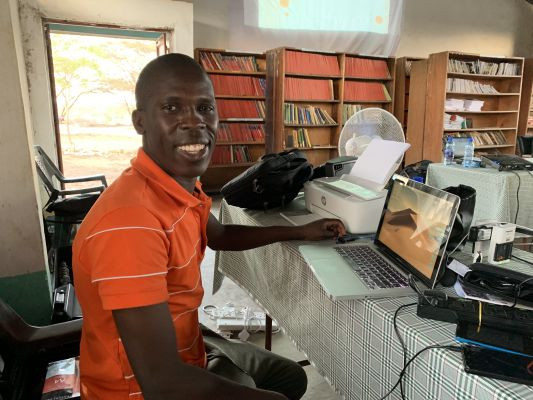 If you have an old laptop you'd like to donate, email me at: This email address is being protected from spambots. You need JavaScript enabled to view it., or call me at 253.678.2279. 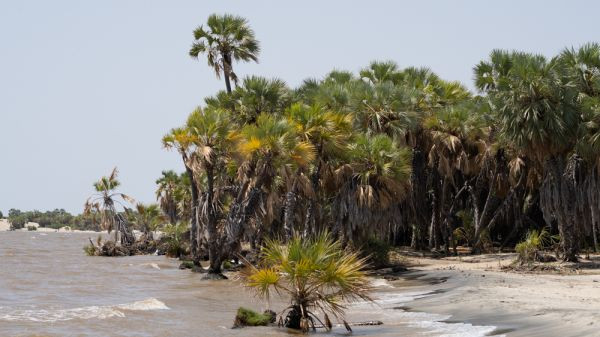 Sunday the team went to the shores of Lake Turkana for a bit of R & R at a place called Eliye Springs, where a freshwater spring flows into the salty waters of the lake. 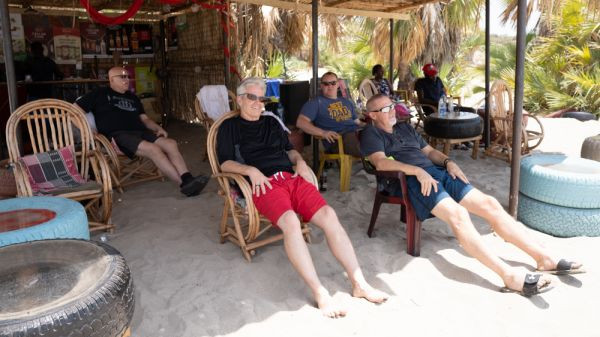 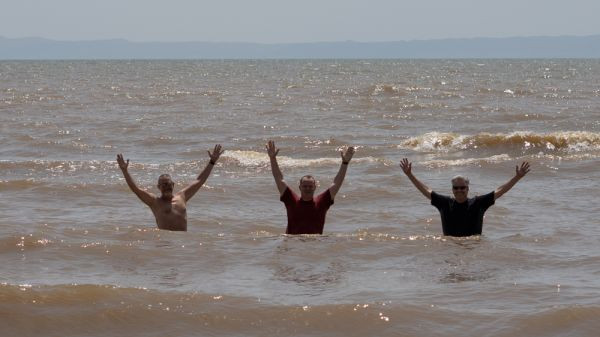 The water was refreshingly cool, but we couldn't convince Tim and Rob to join us.  Maybe they heard that Lake Turkana has the highest concentration of crocs of any lake in Africa. We didn't see any. Personally I think that story is spread to keep out the riffraff.  I was further assured by our driver who visits regularly that the crocs don't come this far south.  They tend to stay up north where most of the fish are. 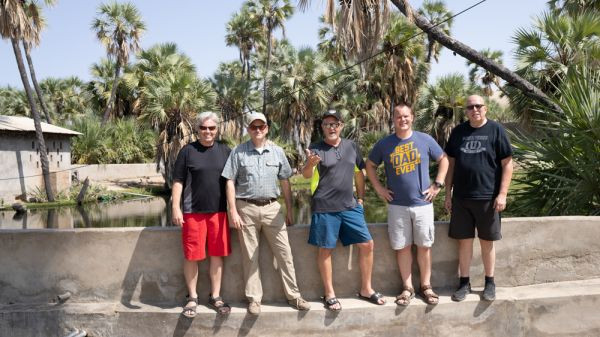 We are standing at the spring where it pools before going into the lake.