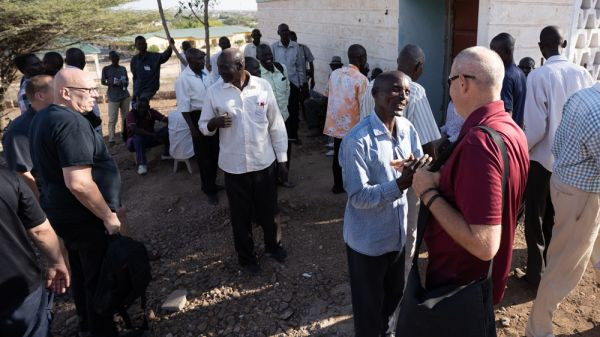 The internet has been a little sketchy and I haven't been able to post anything but today I've got a window of opportunity so I thought I'd catch you up.  We finished the conference on Friday by handing out the book resources we brought with us. Many thanks to the Gospel Coalition and P & R Publishing for the free resources they provided us to hand out. 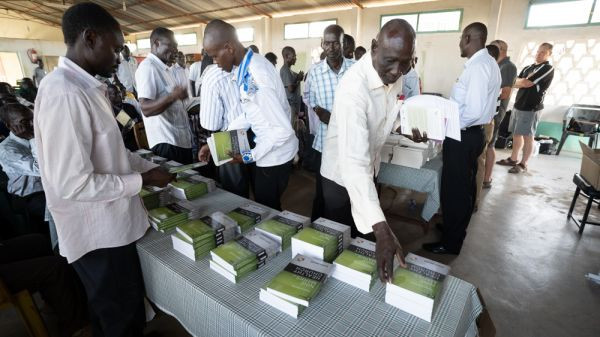 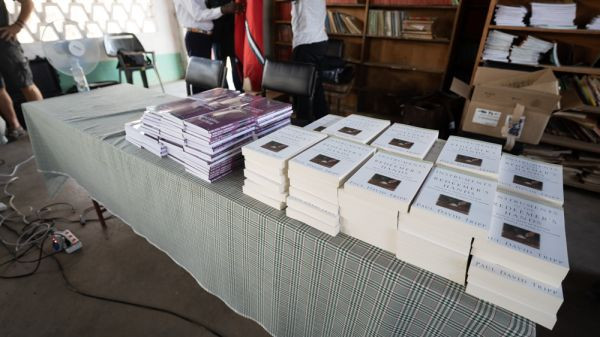 We closed the conference out with the graduation of three API School of Ministry students who earned their Bth degrees. 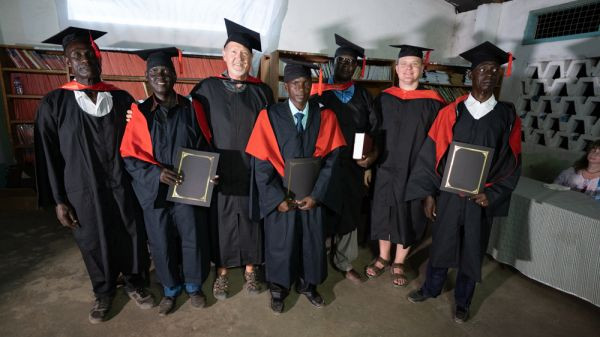 From left to right - Pastor Shadrack Mwita, Director of Education Kenya, Moses Loburuk, graduate, myself, Daniel Akoikoi, graduate, Pastor George Lokwawi, Commencement speaker, Pastor Dan Mason, and Michael Tioko, graduate.  Many pastors came up to me after we finished this year to express their appreciation for the ministry of API and the conferences we host in Lodwar, which for many constitute the only Bible training they receive.  One of them, Pastor James Louren took me aside and told me, "I want to thank API so much for the teachings this year. They are so deep and so helpful. I have learned more this year than before and understood so much better and they have transformed my preaching. These will cause my people to grow well."  We thank all of you who give financially for this ministry and want you to know that your partnership in this ministry is helping to transform the pastors and churches in Kenya.

Saturday morning we distributed maize, beans, salt and cooking oil to the poor a place in Lodwar called Soweto, named after the large slum area in South Africa. One of the reasons we targeted this area in Lodwar was because these people are always overlooked when NGO's or the government distributes food. The other reason is that one of the pastors who has been coming to our conferences, Joshua Lemuya, has a church right in the middle of this slum, and had been telling us about those who were starving right on the edge of town where there is a lot of food. 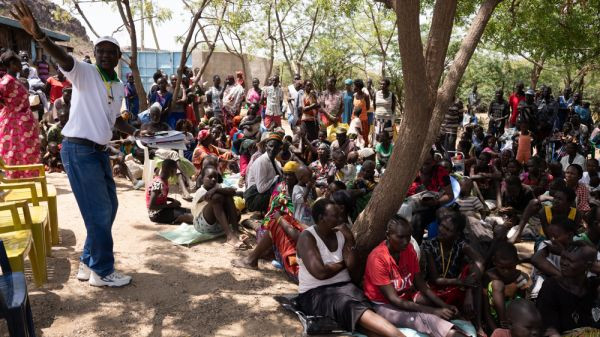 So Saturday morning we loaded up with 2 tons of maize, one ton of beans, 1000 lbs of salt and 180 litres of cooking oil, and drove to the church compound where we found 300+ people waiting patiently for food.  For some this would be the first significant amount of food they have had in while.  One of the ladies from the church helping to hand out the food with us, told us that some of these people hadn't eaten anything for two days. 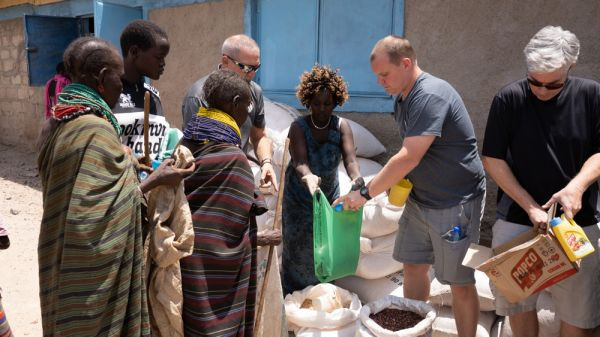 Pastor Lemuya and his team organized the line, starting with the handicapped, the widows and the elderly. 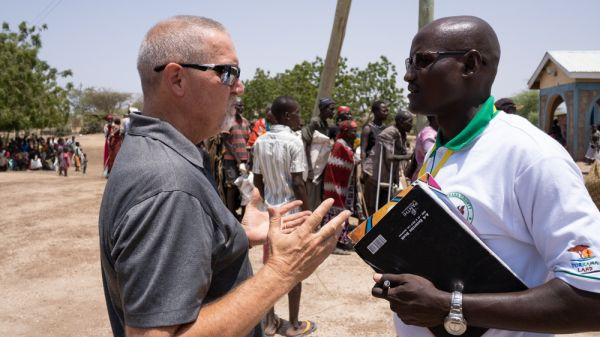 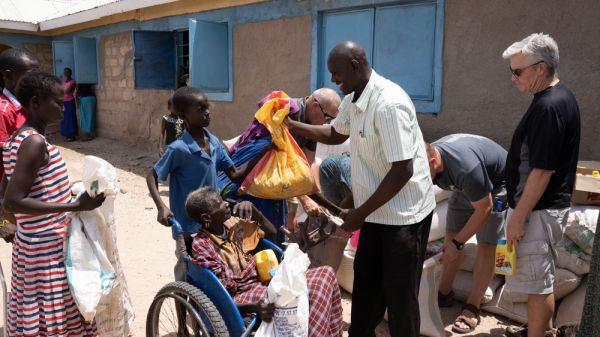 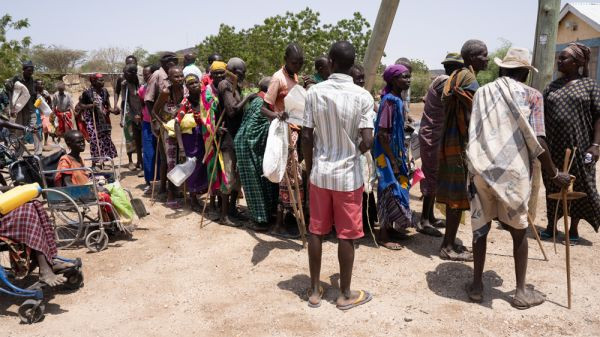 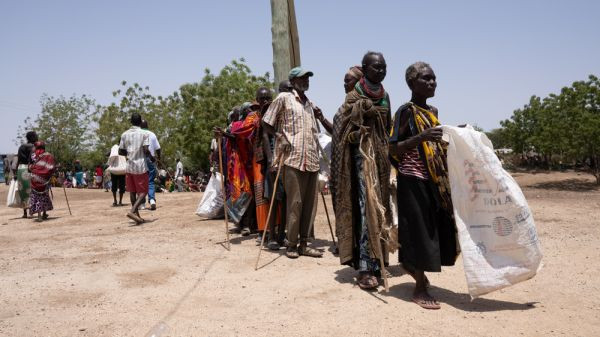 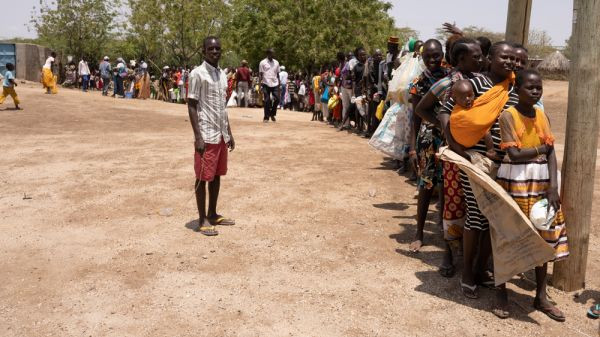 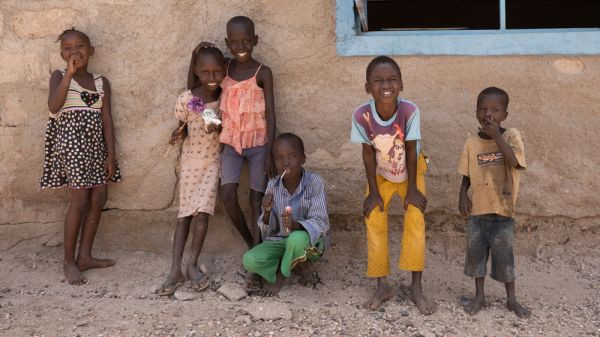 Again, we want to thank those of you who gave so generously to feed these people. 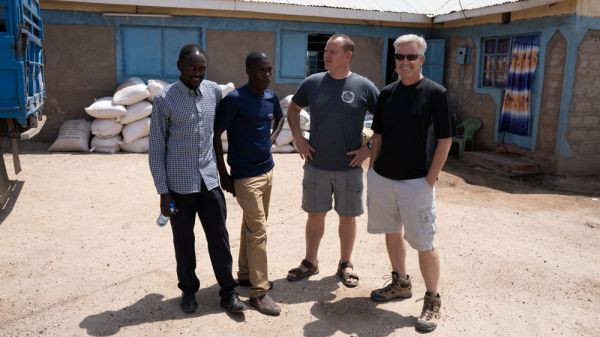