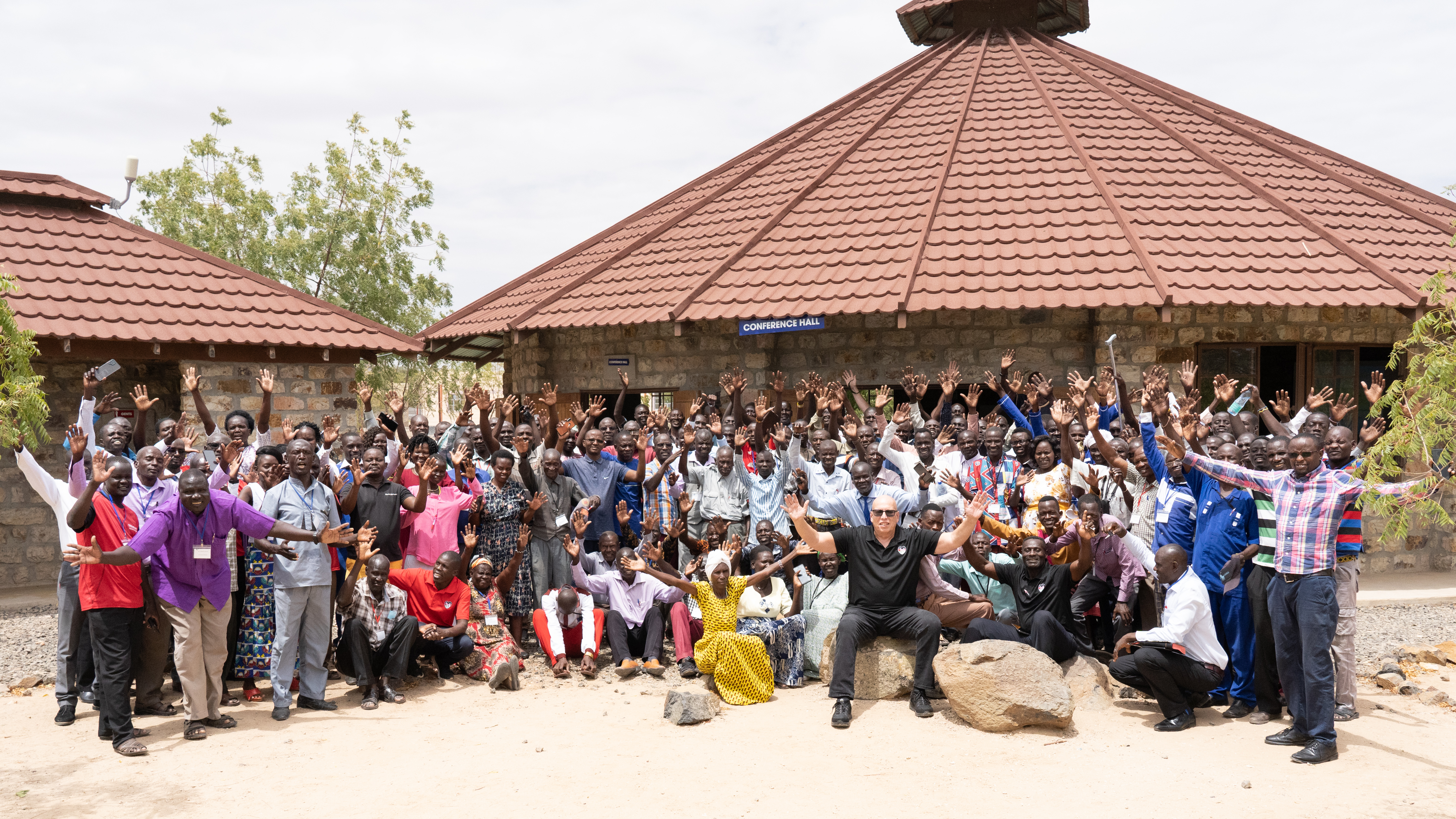 It is Sunday evening and the team and I are in Kakuma getting ready to begin the conference here.  We  took a group photo on the last day of the Lodwar conference to commemorate our 9th annual Pastors and Church Leaders Conference and to send you all a traditional Kenyan greeting! 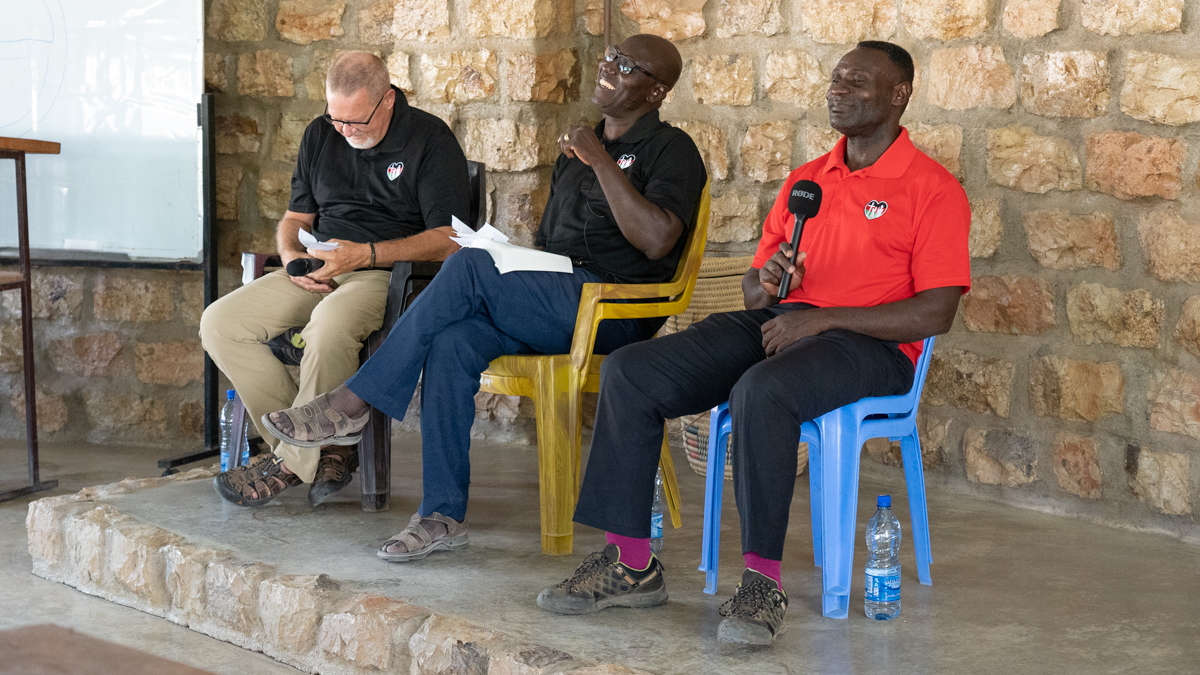 One of our favorite times in every conference is the Q & A sessions we hold every day where the participants pepper us with questions over the teachings they are receiving. The questions this year were very keen and demonstrated a good grasp of the material we were teaching. 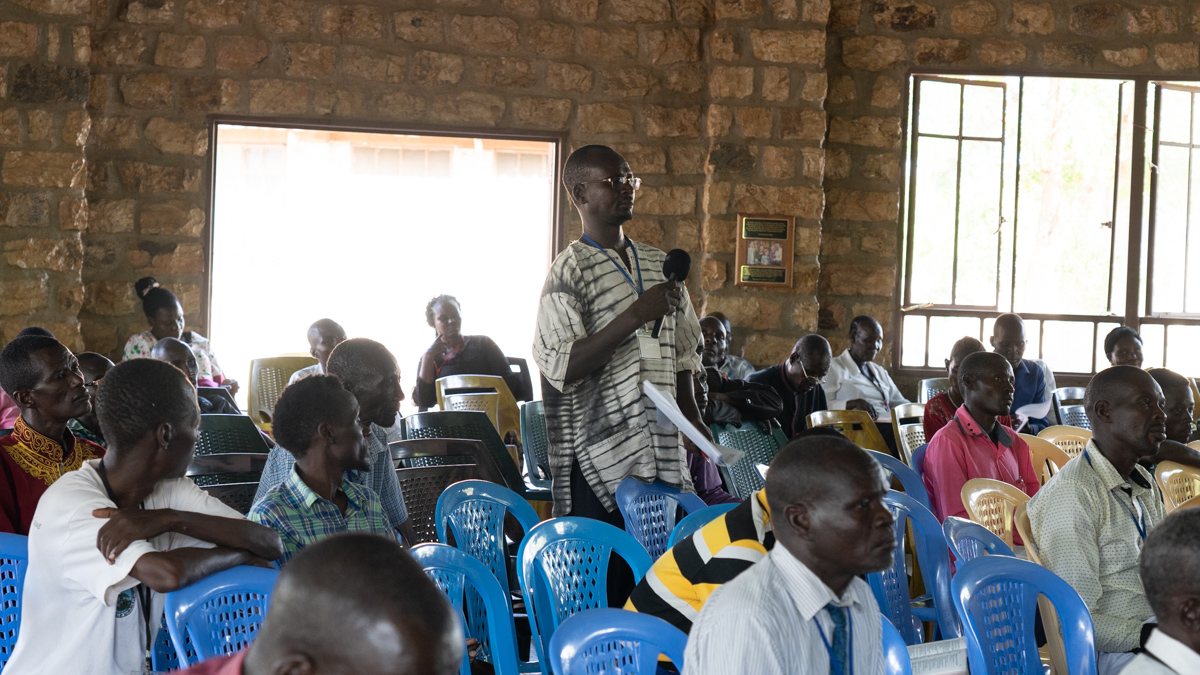 We closed our Friday evening session by handing out food to the pastors.  Several of them had come to me to let me know that they had been going through very difficult times and said they were going home to their families who had very little or nothing to eat.  We decided right then that they wouldn't go home empty-handed and started our famine relief that night.

Pastors George Lokwawi (second from the right behind Boniface in the red API shirt) and Boniface Lokuruka. 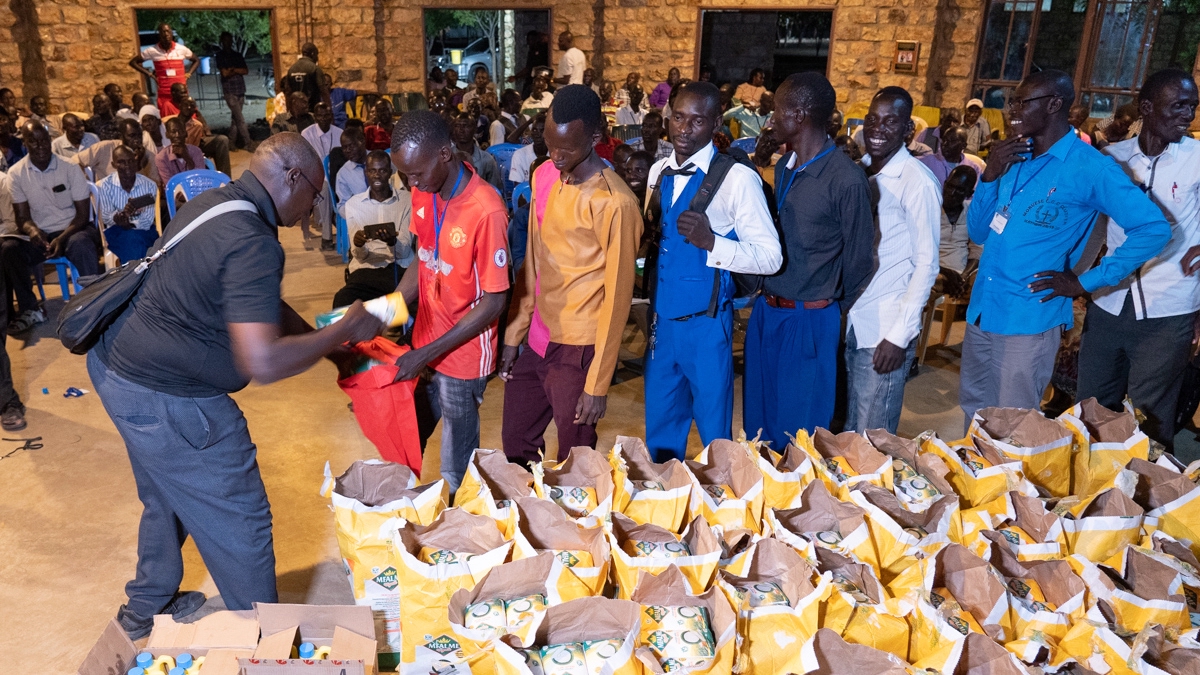 I need to tell you that George and Boniface are the real hands and feet of API in Turkana and I don't know what we'd do without them. They are both tireless servants of God whose hearts are for their people and God's glory. 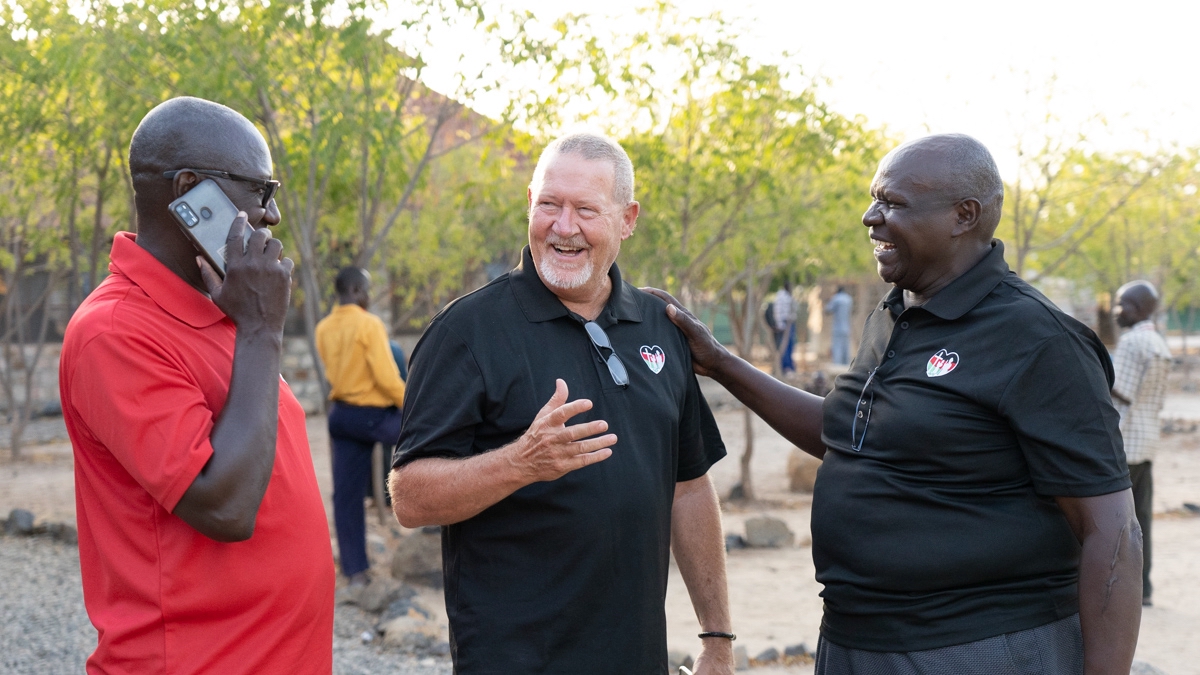 The following morning we began our famine relief program by visiting five village out in the bush.  The last one we visited was a place called Nakwei Quarry, which means "The place of the foxes".  API is partner with the church there to build their first building. It had been known as Kalongoe, or "Place where people are killed" due to the many people who had been killed by bandits in the area. 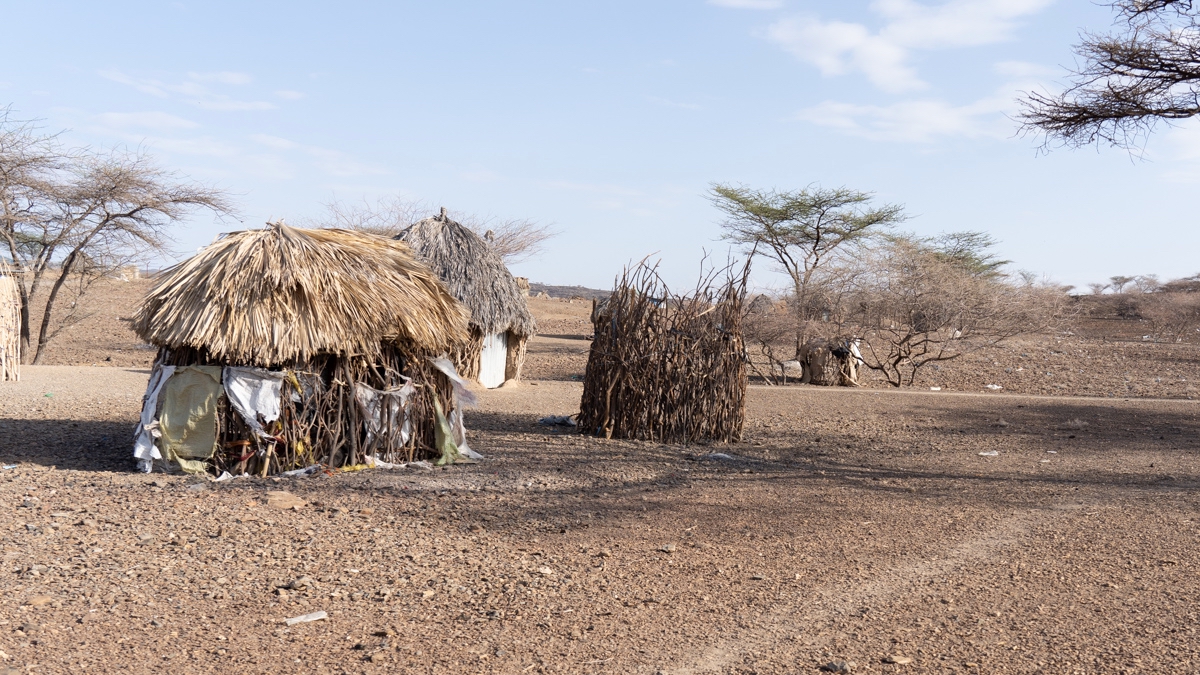 But when the church purchased the plot to build, they decided to change the name because it was no longer a place of danger. 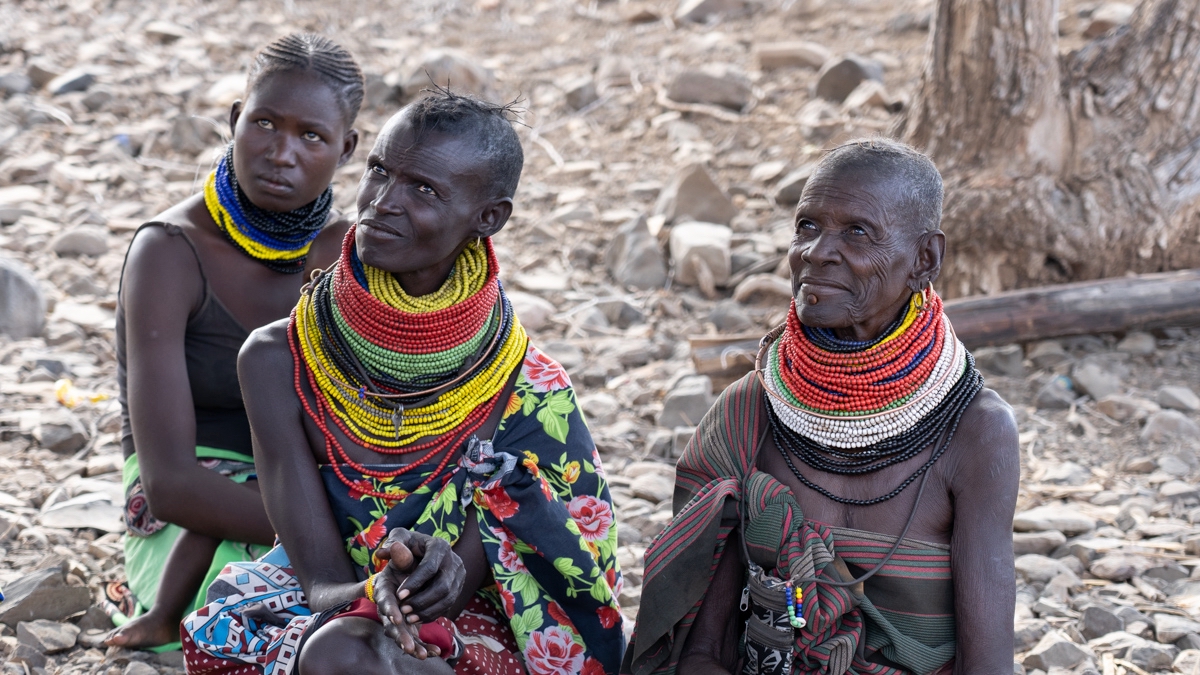 It is mostly women, small children,and old men who are left in the villages as the drought has forced the able men to move the herds where they can get food. 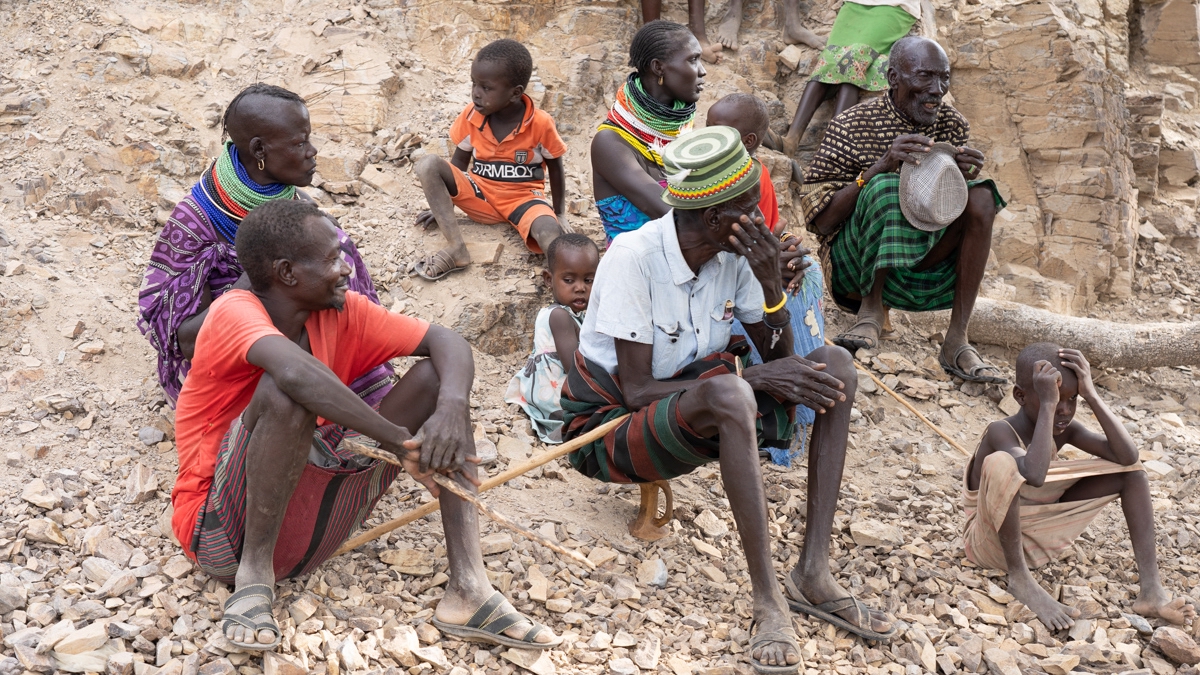 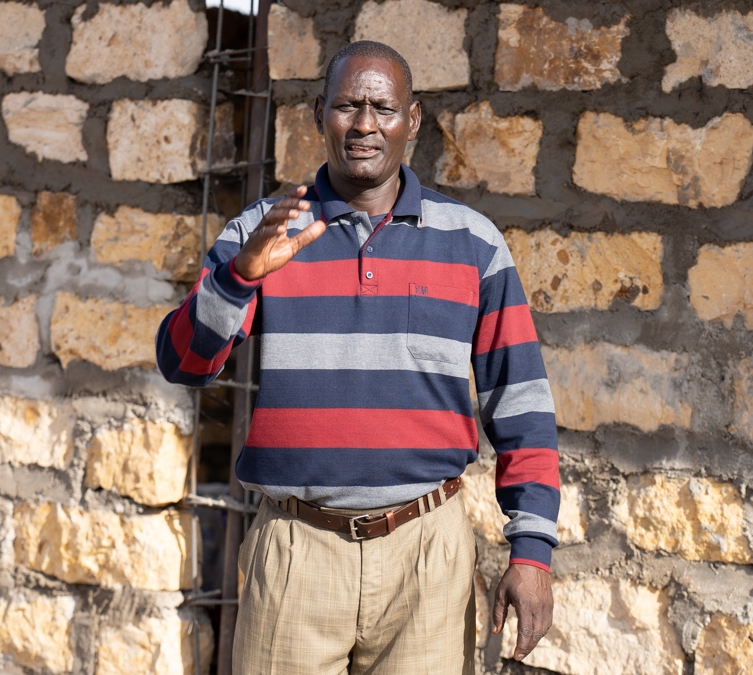 When Pastor Emase first started evangelizing in the area, he was threatened by the chief there and told not to come and build a church.  But he persisted and a church was born that met for several years under a tree in a riverbed. 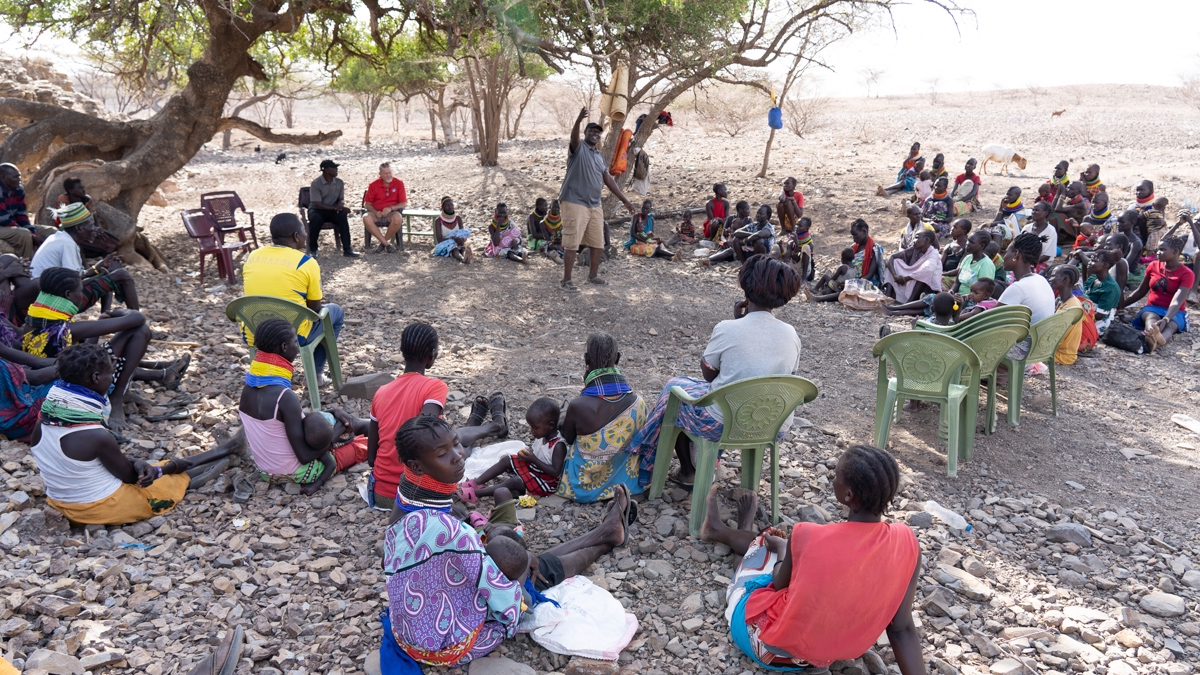 In partnership with API and help from the Brad Pederson Memorial building fund, they are now constructing their first church building. 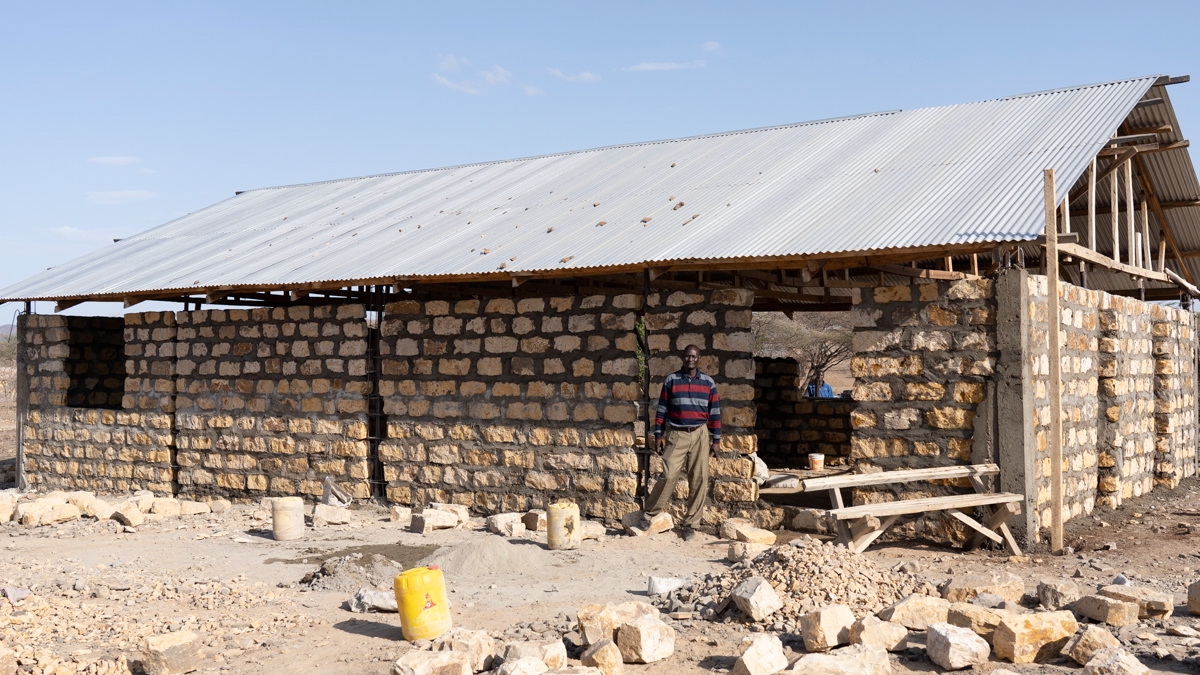 We left them with some food and our blessing and yours. Thank you all who have partnered with us to feed the hungry. 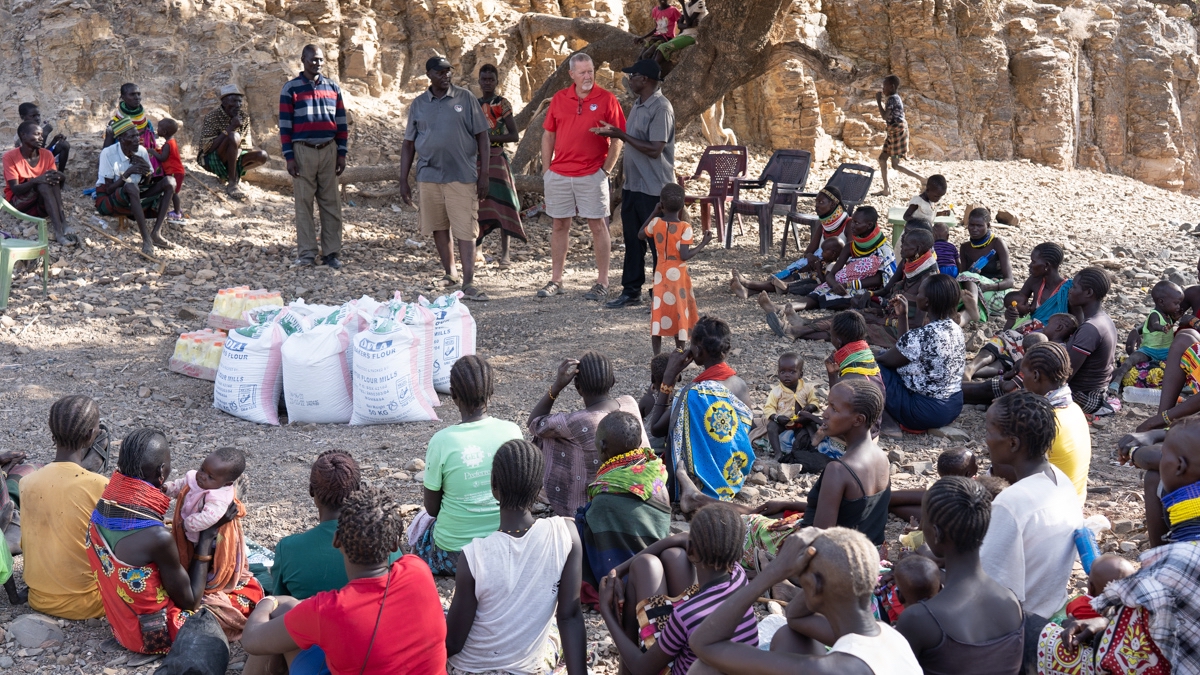