I mentioned in my last post that after the rest of the team left for the US, I flew back to Lodwar.  I had several meetings with pastors there and handed out the rest of the audio bibles and flip charts that I had had to leave in Nairobi when we went to Lodwar the first time. Although I don't have any pictures of this, the expressions on the faces of the people when they hear the Bible for the first time in their own mother tongue is priceless; and all of them were insistent that I tell those who helped supply the word of God that this was a great ministry to them.  Thank you to all who contributed to this.

On Tuesday I traveled back out to Nakepokan to see the progress on the new church building.  Pastor Thomas was actually weeping as he told me that they had been meeting under a tree for 12 years and never imagined they would be able to have a structure like this. He wants everyone who helped make this happen that they are forever grateful that brothers and sisters they don't even know made a dream a reality. The workers were not quite done when I leftt I was assured that by Wednesday they would have finished. 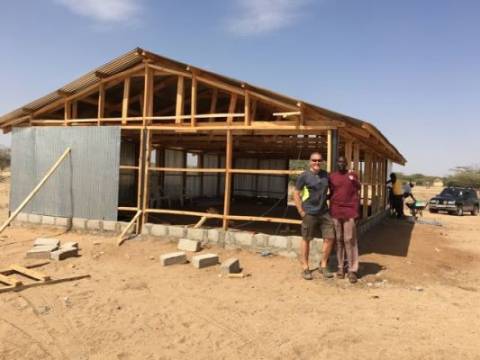 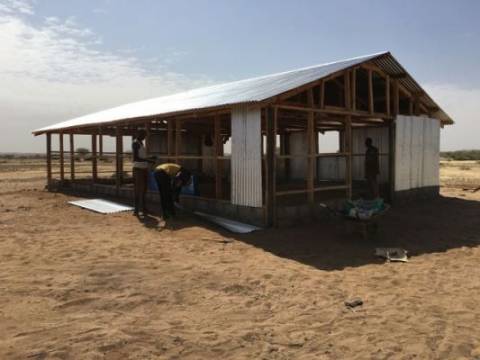 They even let me drive a nail or two. 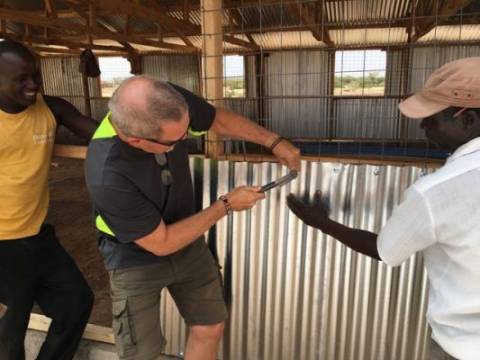 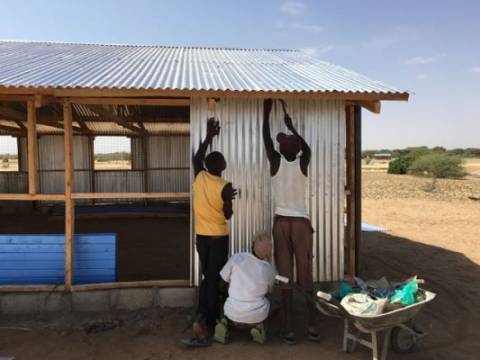 Around 1 in the afternoon, (96 degrees in the shade!) we broke for lunch in Pastor Thomas' dining room. Much to my surprise, it was at least 10 -15 degrees cooler in here. 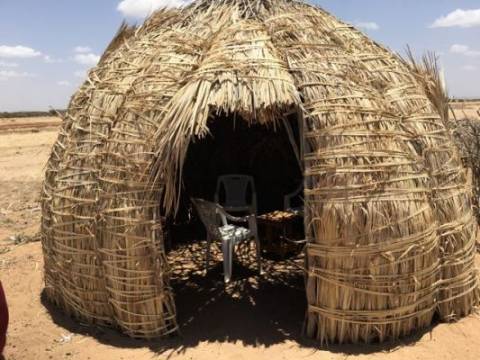 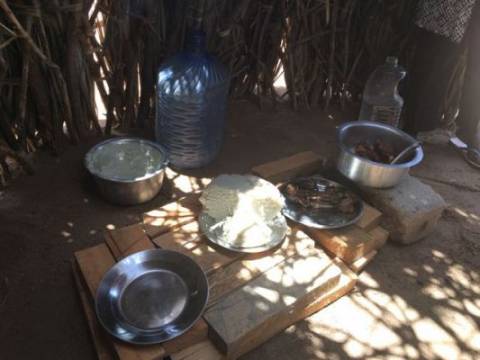 Pastor Thomas is on the left and Pastor George is on the right. George began the work here in Nakepokan and handed it off to Thomas. 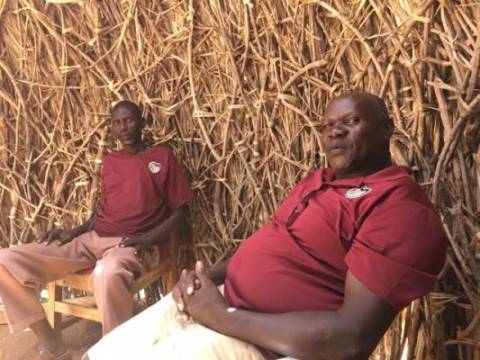 Pastor Thomas also told me that now they can have a school in this building for their children, most of whom are not able to attend school because they are so far away.  Thanks again to all those who contributed to the Brad Pederson Memorial Building Fund to make this happen.